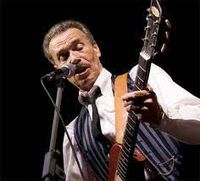 Morgan Davis is a Canadian blues singer, guitarist, and songwriter. He was born and spent his childhood in Detroit, Michigan, before relocating to Toronto, Ontario, Canada, in 1968. He moved to Halifax, Nova Scotia, in 2001. His song "Why'd You Lie" was a hit for Colin James and featured on James' 1988 debut album. "Reefer Smokin' Man" was described as a "blues cult classic". Davis' principal major label release, Morgan Davis, on Stony Plain Records, was produced by Colin Linden. Davis was the recipient of multiple awards, including a Juno Award, for his 2003 release, Painkiller, on Electro-Fi Records. Tickets are $20. Available to purchase from all KBS board members and from the venue. Limited seating.